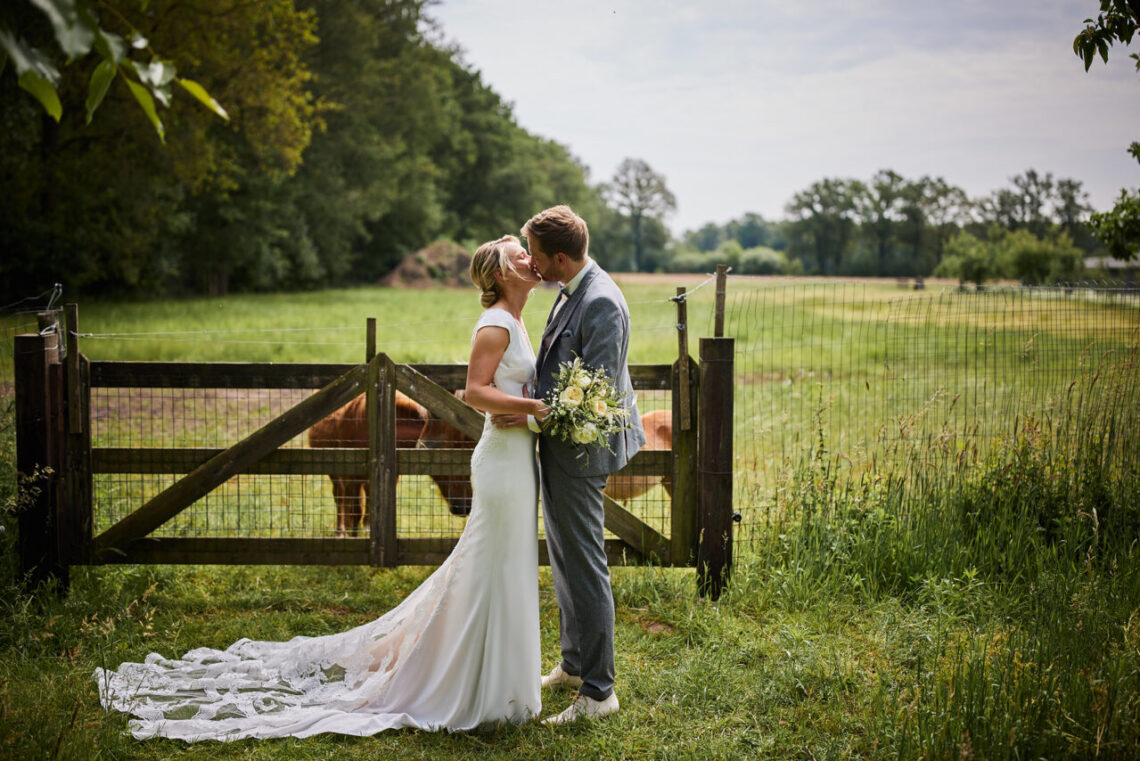 For most people attending a wedding, the anticipation of seeing the Bride in her dress, and the Groom in his suit can be very exciting. It’s a very long-awaited moment both for the guests and the couple alike.

But when you’re the grandson and the third generation of Très Chic Bridal Wear, Europe’s leading Bridal fashion company, chances are, the focus is going to completely shift to the bride’s dress alone.

The question everyone was asking, how was she going to look? The anticipation was enormous, building months before the wedding, as the bride kept it a huge secret, especially from the groom himself. Even the talented seamstresses inside the company’s atelier kept everything hidden from Rolf Kuipers, Groom and Company Manager at Très Chic Bridal Wear in Hengevelde, The Netherlands.

Rolf Kuipers and Amber Ten Brummelhuis married on 4 June, 2022 in Hengelo at the venue Boetiekhotel De Verééniging. “I was born in the Bridal Industry,” said Rolf, “but when I saw Amber in her dress, I was completely blown away, I tried everything to hold back the tears and keep from crying!”, he continued to say. Rolf, now 29, is the third generation who leads the company’s success as a global Bridal Wear Company, that started with very humble beginnings in the tiny village of Hengevelde, in the east of The Netherlands, just over 55 years ago. 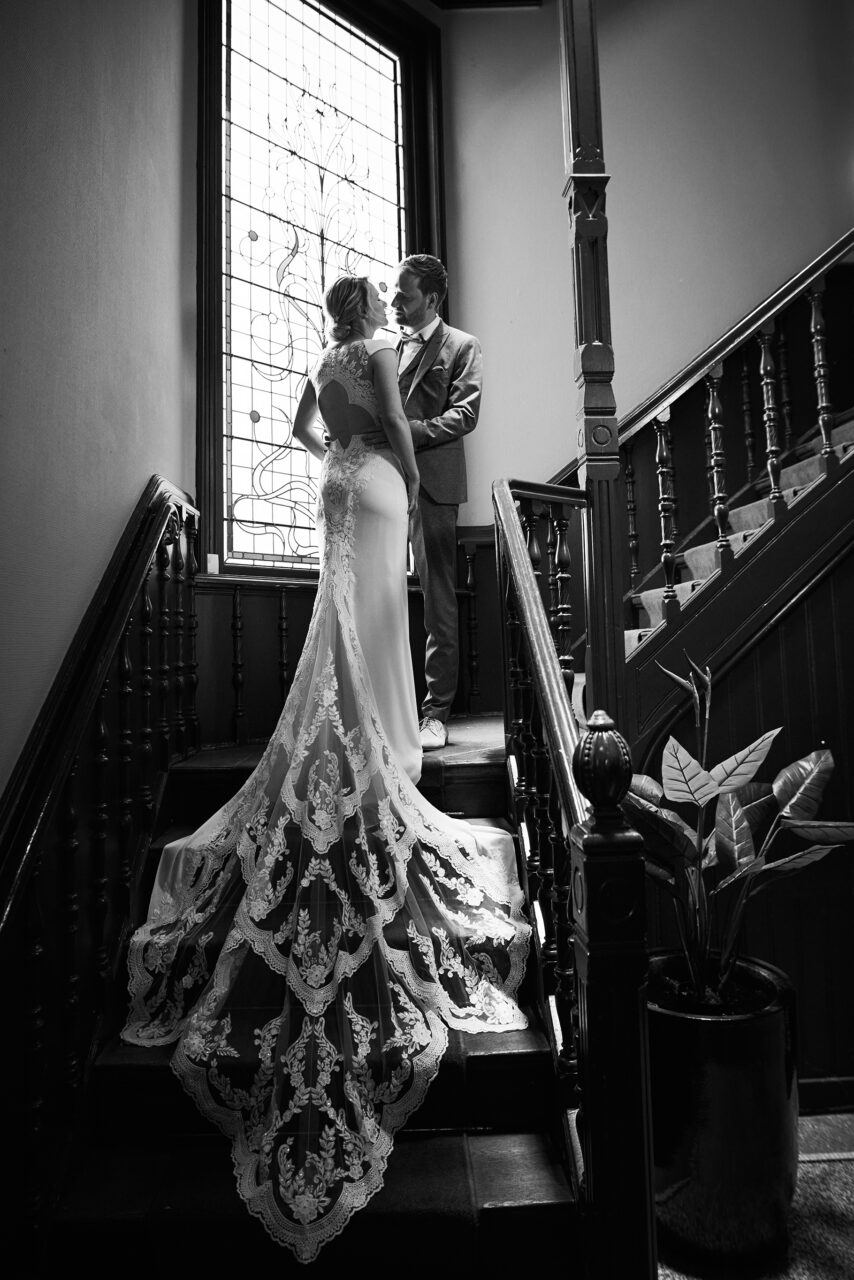 “I wish my Grandfather could have been alive to see us marry today, I know he would have been very proud…” Rolf continued to say. “And, seriously, Amber looked absolutely stunning, even more than usual”, he added with a smile on his face. Amber’s dress was created in collaboration with several people at Très Chic Bridal Wear. There was a buzz around the fact that this dress was being designed for a whole new generation at the company. “I have been at Très Chic for 43 years and have helped many Brides become truly gorgeous on their wedding day” said Angela Pluimers, lead seamstress at the company’s headquarters, “but this time, this was an incredibly special project.”, Angela added. 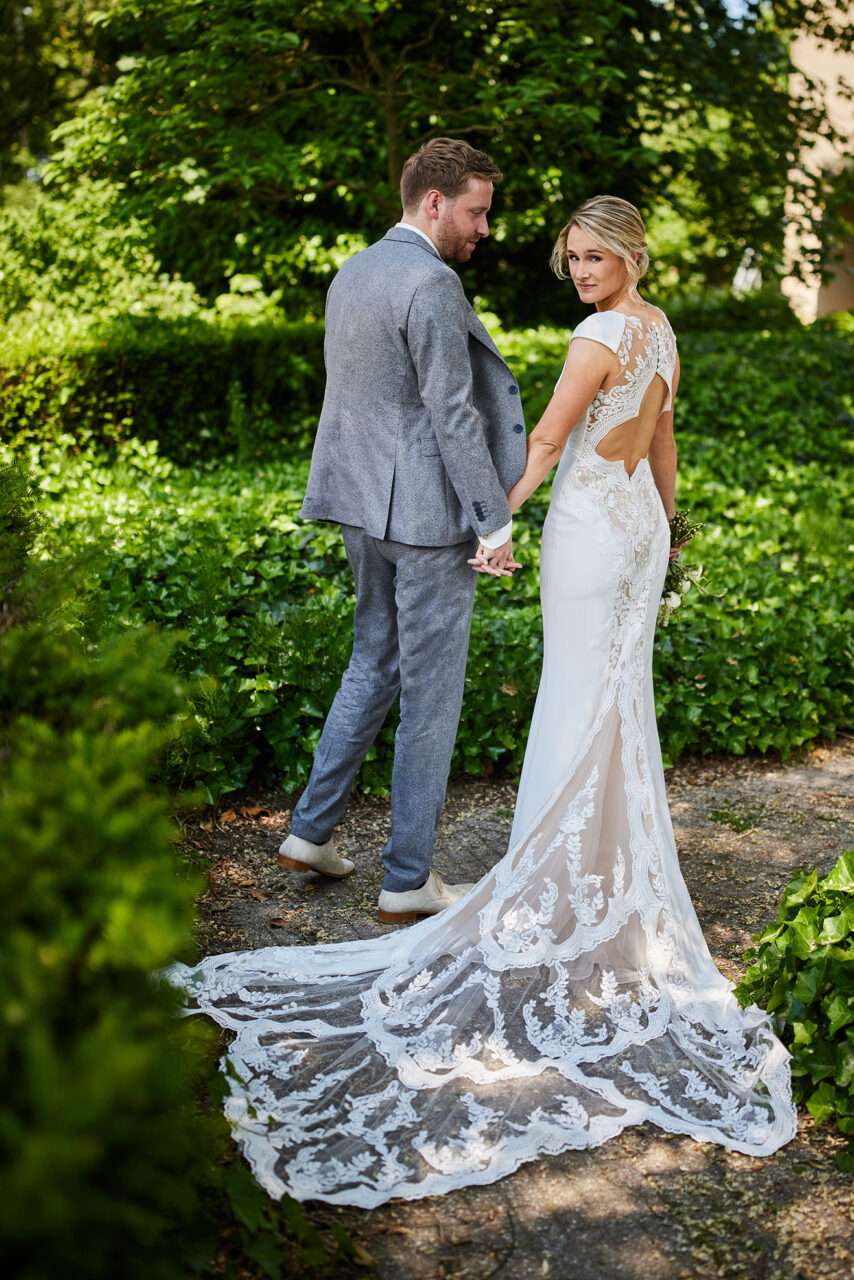 In the atelier, all wedding dresses in progress are hung in protective, highly durable garment bags that are sealed to keep the dress pristine. Each garment bag is labeled with the Bride’s specific details. “We made up a fake name to place on Amber’s garment bag”, said Angela as she continued to describe the vibe in the atelier. “There were moments that Rolf handled Amber’s dress unknowingly. You should have seen the expressions on our faces as we watched him go through the racks looking for something else.” Angela added. “We are laughing now, but at the time we were on high-alert!” 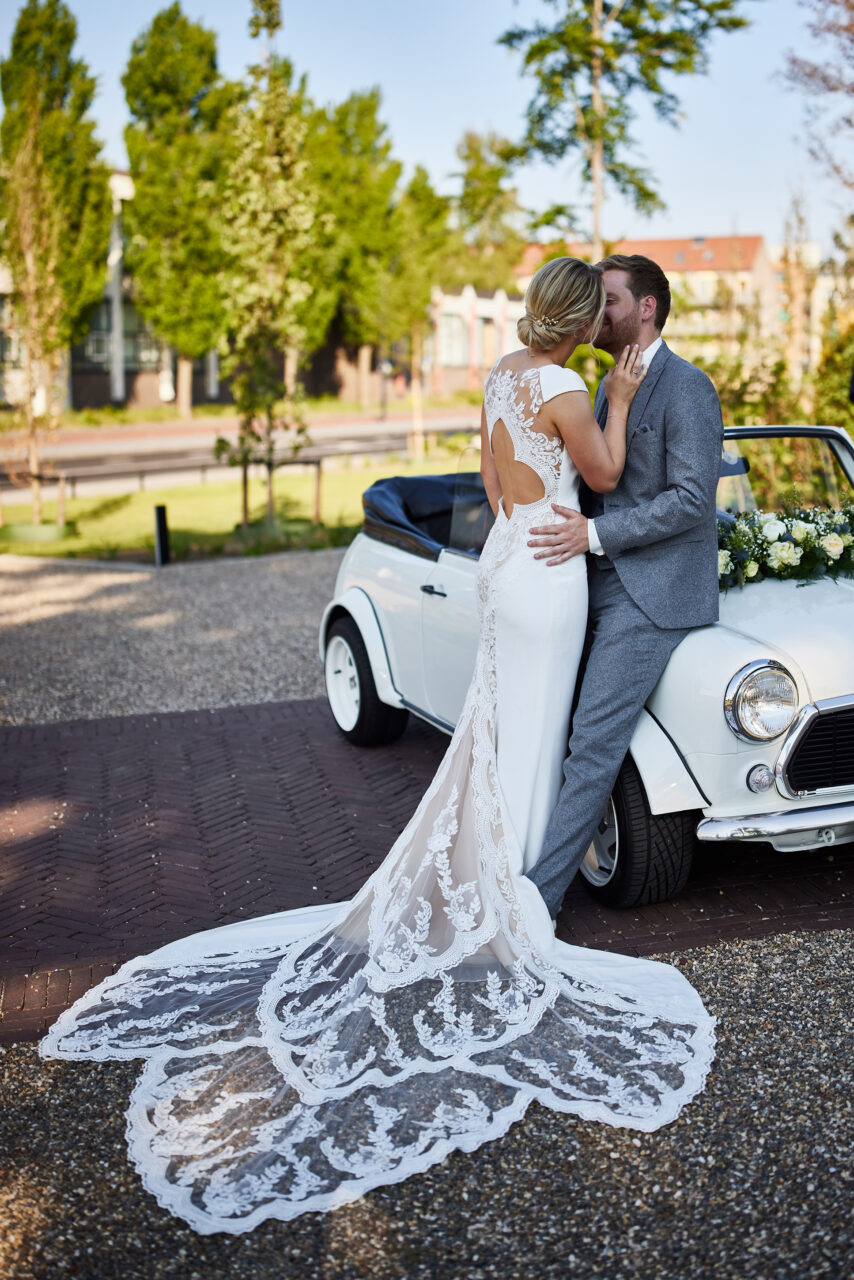 Brian Kuipers, father of the groom,  company director, and second generation of leadership at the company said, “It was funny to see Rolf enter the atelier workroom and watch the team discretely scramble to hide their work under the table, or ask him questions loudly to distract from seeing a team member sew a part of the dress together. It’s great that Rolf had no idea what the dress was going to look like, until the moment he saw Amber on their wedding day”, he added.

The wedding dress – inspired by combining unique elements of different designs, was created using soft crepe-georgette, delicate embroidered lace appliqués, and layers of skin-coloured panels to make the dress beautifully flattering. While the dress was designed to be rather simplistic in the front, the back of the dress revealed a surprising level of detail that was in itself, unique. The back revealed a stunning “cathedralshaped” open panel, finished in delicate lace trim and beautiful appliqués. The lower back and train continued the theme with majestically angled shapes and sheer panels. The contrast between the front and the back of the dress was a beautiful synergy of simple and dramatic design, and those two elements together, created a wedding dress that was breathtaking.

And as if that wasn’t enough, Amber donned a second “party dress” for the evening. Originally created as part of the company’s Pure by Très Chic Collection, the dress was altered using a different all over lace normally featured in a different style. Uniquely, the back of this dress featured a bustle in the lower back to allow the train to be raised and clipped-up for dancing.

The company has confirmed, that both dresses will be available to Brides as part of Très Chic’s 2024 Collections, and available to the public around September, 2023.